We are ecstatic that Holland Alexander have proudly announced the Standing Tall Foundation as their Charity of the Year 2022.

After meeting Andy as a guest speaker at one of their live events in 2021, they were inspired by his story, how much he has achieved, and his mission to help others. They were delighted when Andy reached out to them to work with us on producing future events for the Foundation.

Ellen French, Digital Manager at Holland Alexander said; “It is an honour to work with Andy and his charitable foundation goals. After watching him present at one of our conferences in 2021, I was so inspired by his positive attitude and commitment to helping others. The Standing Tall Foundation values very much align with our own at Holland Alexander, so when Andy approached us to produce one of this charity’s upcoming events, we were totally inspired to take it one step better and make the Standing Tall Foundation our nominated charity for this year.”

Andy Reid MBE said: “I first met Holland Alexander when I was booked as a speaker for a corporate event in Leeds. I arrived the night before the event and was met by Louise and fully briefed on next day’s plan even though it was clear Louise was extremely busy, she took the time to do that which I thought was very professional, and the next day the event was amazing and nothing was took much trouble. So when it came to planning my own event it was a no brainier to contact them. Myself and everyone at the Standing Tall foundation are delighted to have them as a foundation partner and very much look forward to working with them on future events.”

We are honoured to be named as their Charity of the Year and really looking forward to working with Louise, Ellen and their team to produce the upcoming Standing Tall Gala dinner/awards event in September 2022.

More details on how to get tickets and location will be available soon!

COULD DEPRIVING THE BODY OF OXYGEN HELP ALLEVIATE PTSD FOR VETERANS? 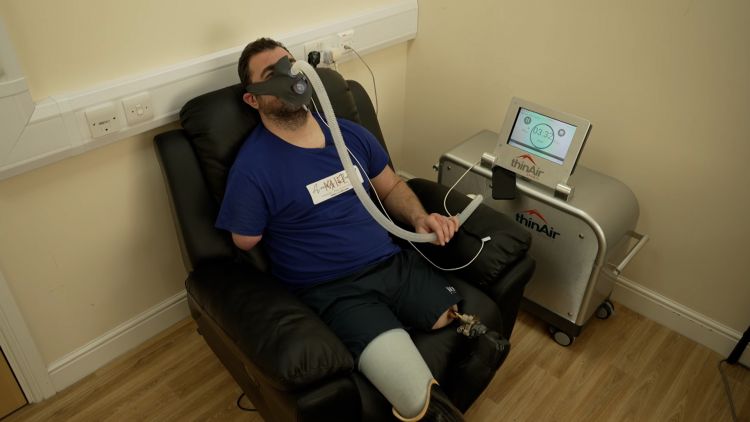 Here at the Foundation, we are always looking at new ways in which can offer help to those most in need. We have been fortunate enough to have been given access to a Thin Air machine, which our founder Andy, has been regularly using in preparation for his Kilimanjaro climb in October. The thin air machine delivers much lower concentrations of oxygen than people breath in normal air – similar to being at the top of a mountain.

Andy believes that depriving his body of oxygen has helped alleviate his symptoms of PTSD.  Other veterans found the same, giving rise to the question of whether more research should be done into breathing ‘thin air’ – as a potential therapy.

Further research is still underway as to whether the device can be used in a general sense, but with the benefits Andy has seen, we would like to offer the opportunity to any veterans who think they may be struggling with PTSD, depression and anxiety, to come in and have a chat with us.

You can read the full article from Forces.net and watch the video HERE

VETERANS – A JOURNEY INTO FM EVENT 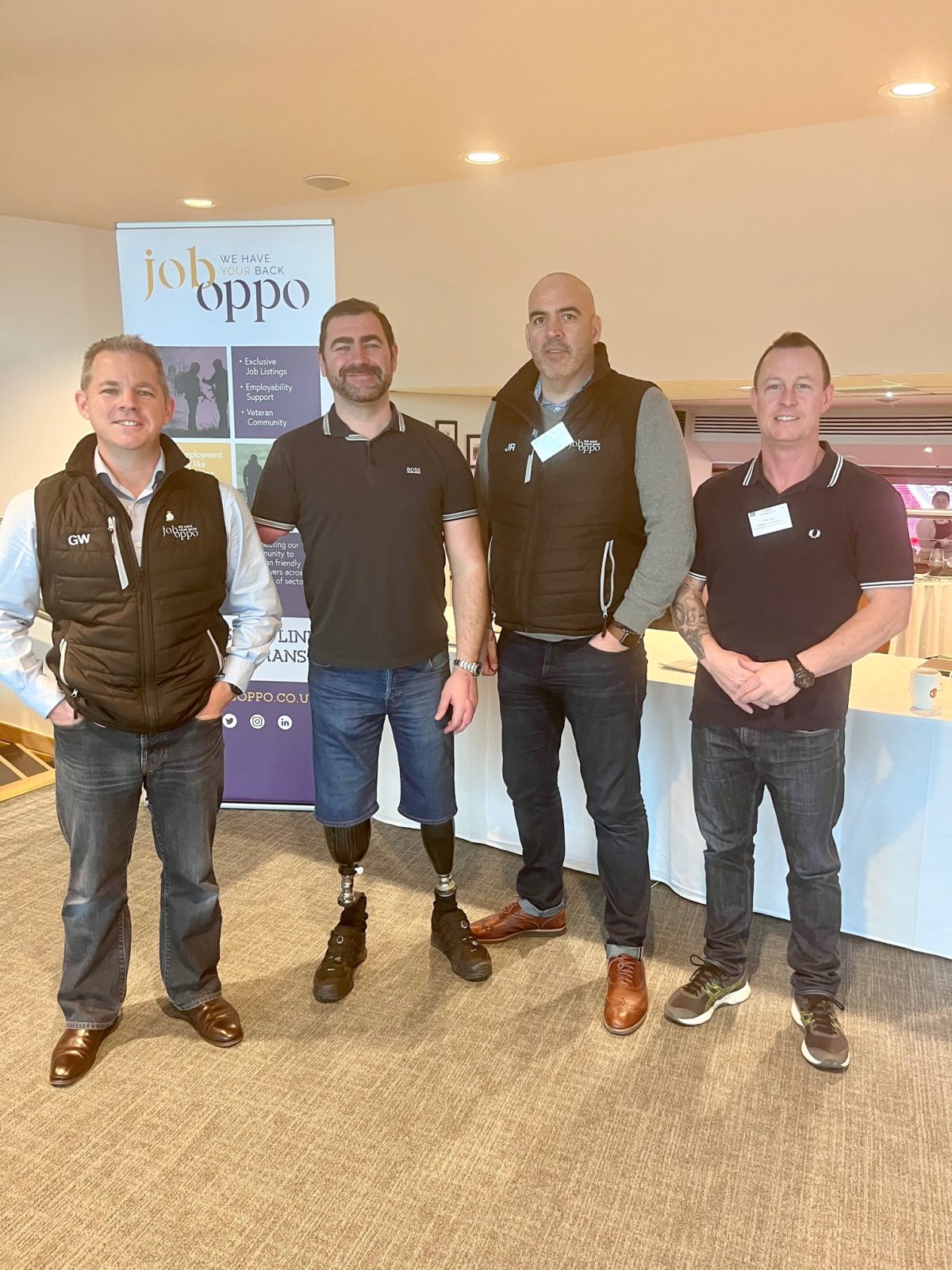 Last week we were privileged to be involved in the Veterans – A Journey into FM Event at Old Trafford, Manchester. This was a live networking event designed to support veterans in the Facilities Management Sector. We were delighted to represent the Foundation and make more people aware of the services we offer and how we may be able to help them.

Andy was also the main key note speaker and shared his amazing story of strength, experience and hope with everyone.

It was great to see some old and new faces, and to forge some new valuable connections for the Foundation moving forward.

Thanks to everyone that came to see us and listen to Andy’s talk and thank you to our friends at JobOppO and This Week in FM for organising!

Here are some highlights from the day: 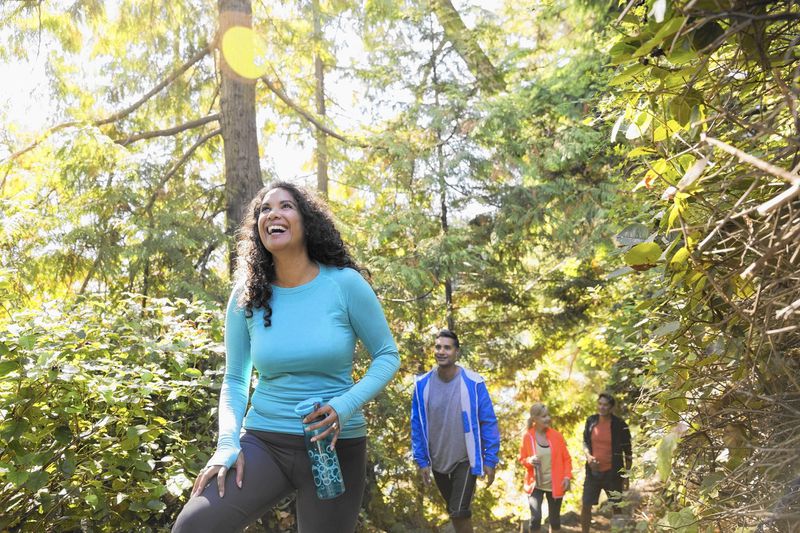 We are excited to announce that our “Walk for Wellness” project, with Willowbrook Hospice has launched.

Our first session took place on Thursday, and we kicked off with a beautiful walk around Taylor Park in St. Helens. Led by our physical wellbeing coach Terry Bates, the walks are designed to allow you to escape from the everyday stresses of life and  dedicate some time to YOU.

These sessions allow you to walk and talk, therefore improving your mental wellbeing, as well as getting you fitter in the process!

Please come and join us! 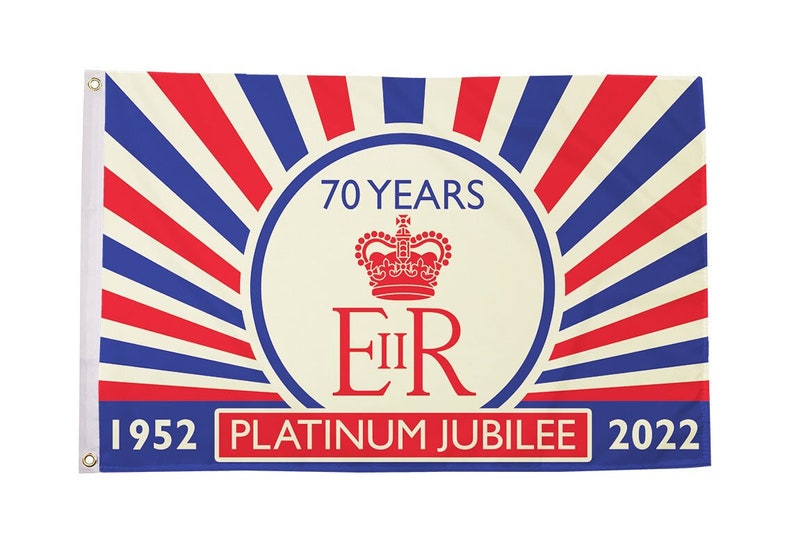 We are super excited to announce we will be hosting our very own Queen’s Jubilee Garden Party Extravaganza on Saturday 4th June 2022.

This will be an all-day outdoor event with a Marquee for everyone to attend and join in the fun!

The day will include Face Painting, Bouncy Castle, Outdoor Games, Cadet Training, Hog Roast, Cake Stalls, Crafts, Entertainment and much much more! There will even be a fancy dress competition and exclusive show reel of the Queen’s speeches throughout the decades.

There will also be limited Exclusive VIP tickets available for £20 including afternoon tea & Entertainment from 11.30am- 1.30pm (more info to follow!)

All donations on the day go to The Standing Tall Foundation with proceeds from the Café and Hospice shop going to Willowbrook Hospice.

Don’t miss out! Save the date in your diary now and more details will follow in due course.